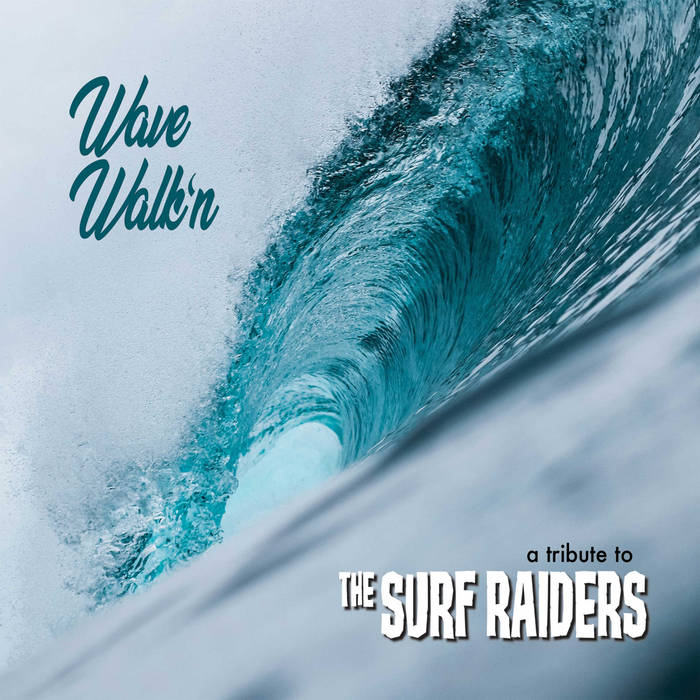 After hearing “Pipeline” on the radio for the first time, I knew that instrumental surf music was going to be in my life forever. I am glad to have played a small part in the revival of the music and the documentation of the bands that played it. I hope others follow and keep the guitars wet with reverb and the music alive forever.

The Surf Raiders occupy and deserve an extremely important place in surf music history. They were one of the forerunners of the rediscovery and proliferation of the traditional sound of 60s surf instrumentals at a key period in the early 80s during the new explosion of interest in this “dead” genre. While most contemporary bands were caught up in the musical trends of the day --new wave, punk, power pop, and radio friendly pop earworms-- a rag-tag group of record-collecting gremmies from the Los Angeles suburb of Azusa armed with drive, determination, vintage Fender® guitars and a deep love for a bygone sound, set out to continue spreading the reverb gospel initiated by the 1978 publication of John Blair’s Illustrated Discography Of Surf Music: 1959-1965.

With guitarist Bob Dalley at the helm, The Surf Raiders would wow audiences across Southern California with their faithful renditions of surf classics and original compositions in that style. From their first 7” single in 1981 (The Curl Rider b/w Let There Be Surf) through 9 additional singles, 3 EPs, 3 LPs, multiple tracks on compilations, and numerous influential performances at venues such as Knott’s Berry Farm, The Ice House and The Whisky a Go Go, the ‘Raiders would perpetuate the spirit, energy and unique sound of traditional 60s surf instrumentals all the way through 1988.

But the story does not end there. Bob would go on to release one of the most important publications on the music of the original era: "Surfin’ Guitars: Instrumental Surf Bands Of The Sixties", now in its third edition and widely considered fundamental and essential reading for any serious fan of surf music. For several years Bob would also run an international fan club (The Salt Lake City Surf Music Appreciaton Society) and publish a regular newsletter (Surf Music USA) that further spread the awareness of and appreciation for this niche genre.

Thanks to the hard work and legacy of early second wave instigators like The Surf Raiders, surf instrumentals continue to captivate and inspire intensely dedicated new bands and fans all over the world. Wave Walk’n represents just a fraction of those energized modern bands from Japan, Italy, Russia, the UK, and across the USA.