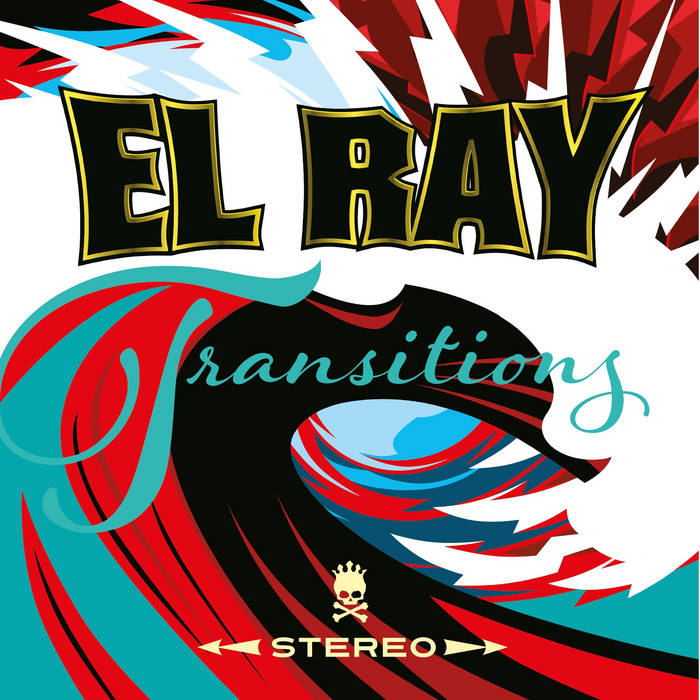 Copenhagen, Denmark. Not the most likely place for a band to emerge with the obvious surfing pedigree of El Ray. The band show a versatility of sound and an ear for catchy, toe tapping melody which takes them beyond the cliches that can often be associated with the surfing genre. Combining a fresh, modern style with a healthy nod to the past, 'surf with a twist' El Ray have managed to achieve a new, classic sound.

Their 3 full length releases, the two 10" inches and the singles are known to have been recorded during blizzards, far far away from the sunny side of life and Californian lifestyle. Whatever it is, El Ray is the band that keeps on giving that goosebumbing and hair raising Instro-surf!

El Ray's merits has proved the band to be a serious contender in writing and performing modern instrumentals that would make your hifi-stereo A GO-GO!! The 4 Scandinavian Instro-surfers have build their own brand within the surfing circles since 2001. Mixing their dynamic, cool punked up surf tunes with a huge spoonful of rock'n'roll and a tad indie to make everybody happy when "it's better to be surf than sorry".

El Ray are always ready to invite their audience to ride the wild waves of surf in clubs all over.

Better Surf Than Sorry - it's time to join the party!

Produced and mixed by Jens Benz.
Mastered by Troels Bech at Mir Sound Studio, Copenhagen.
Recorded January 18th – 20th 2019 at Jens Benz Studio, Copenhagen.
All songs written and arranged by El Ray.
All additional instruments by El Ray.
Special guest: Jens Benz on Cuica.
Artwork by Lee Wainwright Smith.
Thanks for listening to El Ray.
Thanks to all El families, friends and fans.
You know who you are!

This Danish quartet with two guitars, bass guitar and drums has been doing its instro thing since 2001 and has released at least three albums, two 10-inch (that's one 20-inch) and a Best Of in those two decades. Compared to the heavy contemporary surf influenced by Dick Dale from their early days and the harder, trashier garage sound to which they evolved, the nine original compositions on Transitions are less surf than surf-inspired and surf-based modern instrumental guitar music, with just like in the past an occasional dash of organ. Melody and quality are still very important to El Ray and that is why this album is highly recommended for lovers of clean guitar mania, even though the closing track The Grinder ends in an exercise in feedback. Luckily it's the last song! On CD GC066 you get the seven tracks from the 10-inch The Evil Mermaid from 2014 on top, but life is rapping because only 250 CDs have been pressed and that's even less than the 300 vinyl LPs! --- Reviewed by Frantic Franky (Boppin' Around) < www.boppinaround.nl/RECENSIES-2020-1/RECENSIES-2020-1.htm >

It's hard not to compare Transitions to previous El Ray records. This is not an overwhelming show of force. However, this is not a quaint dadsurf band by any stretch. A prowling tiger looks just as scary as an attacking one, and this is very much the same tiger, frequently flashing its claws and menacing growl but also showing its grace. There are some devilishly effective tricks on this record that are both surprising and effective. While I hope this isn't the last we'll see of loud El Ray, they've proven that their skillset is in this realm is wide, and mostly I want them to make records that show off everything they can do. --- Reviewed by Storm Surge Of Reverb < www.stormsurgeofreverb.com/content/gremmy-awards-2020-best-modern-surf-record >