The Experimental Shape Of Happiness (LP​/​digital, 2022) 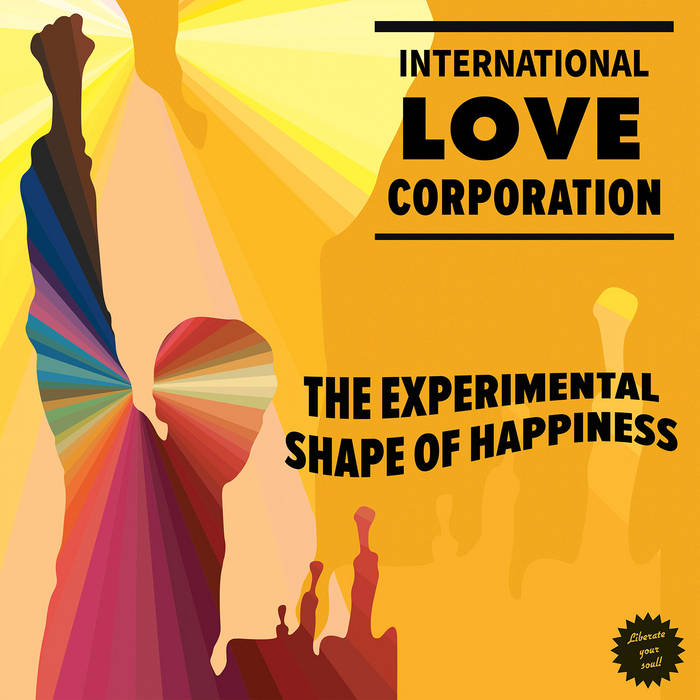 The International Love Corporation is a project formed by former Out of My Hair front man and songwriter Comfort aka Simon Eugene. A roaming collective of musicians that gather together wherever they find an opportunity to do so, the ILC concept started originally as a club in London that itself had its roots in an art led project ‘Western Power Trip’. The ILC has a fundamental philosophy at its roots as the search to find meaning in the common concepts of what love really is and how we relate the understandings in our treatment of each other as people of this world.

The International Love Corporation is a band and at the same time an ethos. It is as the name suggests, a gathering of people, with a few core members, but anyone can be a part of this. A reaction to all the crap that goes on in the world, that is constant, just with ever changing players. Trying to find the light within the dark. The ILC has moved between countries. Its founder, Simon Eugene aka Comfort, has journeyed across the world with it. Setting up in different continents to create moments of celebration around the concept.

The Experimental Shape of Happiness is an album is about love, of wanting to reach something higher. But if you’re going to preach that message then you have to question first what is love? And then you have to question yourself, about where you are at as a person, because you can’t start singing about these virtuous things without looking at who you are in all of that. So the ILC is about a personal journey and also creating this immensely positive atmosphere of celebration whilst understanding the conflicts within that, recognizing the dark within The light.

This is what the Experimental Shape of Happiness is about. And the song Shelter captures that more than any other.

To create that atmosphere, in its recording, everything had to be done live, old style, the band all set up in one room, everything bleeding into everything else, and just going with it. Nothing fake, nothing programmed. Just the moment of happening. Trust in each other. I think we all believe that each time we get together magic happens, just by the ‘declaration’ of it. The name inspires us to be that, in the moment, just this fantastic bond that exists between anyone who is part of it.

Songwriter Simon Eugene aka Comfort formed Out of my Hair in the early 90’s when, signed to RCA Records, they had a number of close shaves with the charts, including best known tracks In the Groove Again and Mr Jones. The band built up a loyal following before problems with the label ran the project into the ground. Simon continued to perform as Comfort, then retired from music, then came back to form the International Love Corporation. A prolific writer, he then diverged into film soundtracks, experimental art projects (Western Power Trip) but with so much unreleased material and with some different projects, decided to reform OOMH as a vehicle for his most favourite style of psychedelic pop/folk. Simon also performs solo, still as the ILC with a new album out soon. He is also in heavy demand as a producer and writer for other artists.

-----------------------------
REVIEWS
-----------------------------
"From horn solos to piano flourishes, there is plenty of color added to the guitar, bass and drum canvas. It certainly sounds “British” to my American ear (whatever that means, lol) but that might just be the warm feelings I get from singer Simone Eugene’s sweet vocals. (...) Every song on the album is worth a spin and you’re sure to find some gems if this genre suits your taste. My faves include “Still Breathing,” the lively “If You Say Love,” and the beautiful “Everyone Knows” (was that a sitar? I believe it was!). I also loved the album closer “International Love - Extended Version,” with its soaring vocals and a well-executed all out jam." --- UpToHear (2 Aug 2022) - reviewed by Mark Grider < www.uptohearmusic.com/blog/international-love-station >