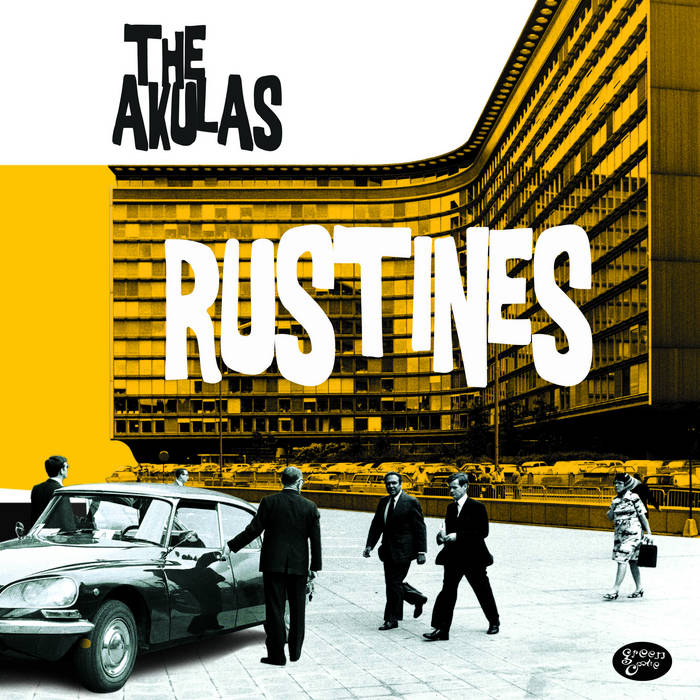 Fine instrumentals, originating between the sun blasted shores of California and the dry deserts of Reverbistan. Rooted in Ghent (Belgium) since 2005, The Akulas remain inspired by the sixties sounds of surf music, Hammond craze and European beat and instrumentals.

Over the last years, The Akulas earned their stripes as a live band on stages in Belgium and also in the Netherlands. They played at events such as North Sea Surf Festival (Amsterdam, NL), Viva Lola Festival (Sint Niklaas, BE), Night of the Phantom (Ghent, BE), Rockabilly Day (Assenede, BE), European Bug In (Chimay, BE), De Nieuwe Anita (Amsterdam, NL), Charlatan (Ghent, BE).

Special thanks to staff at Number Nine Studios (including Dries Hoof, a green big muff PI, a special floor tom, a vintage Hofner bass and a Japanese rotary speaker), Mike and Nikos at Green Cookie Records , Stam Ghent, our families and fans.

The Akulas play surf, yes, but spiced up with various influences like a horror church organ in the 1963 cover Cemetary Stomp by The Essex, easy tune in the André Brasseur cover Special 230 from 1965 and a lot of exotica - exotica like in Arthur Lyman, not like Vegas Grind - in their own Taboo/Misirlou variation L'Amour Chaud, all topped with a Booker T groove. The twangy surf lead guitar alternates the melody with the organ while both play melody lines and neatly complement and alternate each other and the bass guitar also regularly pumps its own lines, topped with bongos and interwoven with references and fat winks to surf classics: the own Holiday Panic uses the Wipe Out drum breaks to end up somewhere completely different and the 1965 Carol K(aye) & the Hitmen cover The Searchers links the tune of Out Of Limits to a western chase.

Rustines contains five original compositions + nine covers and it is in those covers that you get a good idea of what The Akulas stand for: the two most famous, Man Of Mystery by The Shadows and Crossfire by Johnny & the Hurricanes, get a complete makeover, the others come from very different corners from the first half of the sixties: unknown surf (Moon Shot by Kenny & the Fiends from 1964), Telstar organs like Le Sang Du Soleil from Les Relax (CH) from 1964 and film music (The Mafista by Neal Hefti from his Batman Theme And 11 Hefti Bat Songs LP from 1966, the song does not appear in the TV series), maybe not all surf, but successfully run through the Akulas merry-go-round. Does this deluge of influences seem chaotic? Not exactly, because the result are catchy instrumentals cut to size by whom Fifty Foot Combo (whose SL-54 Automatic is covered here by the way) is good but too loud, although The Akulas undoubtedly blow the roof off live which you can check for yourself at Saturday 4 March during the release party in the Charlatan in Ghent (B). Please note: the CD will only be available in 300 copies and there are also 300 vinyl copies (GC055LP) available.