by The Star & Key Of The Indian Ocean 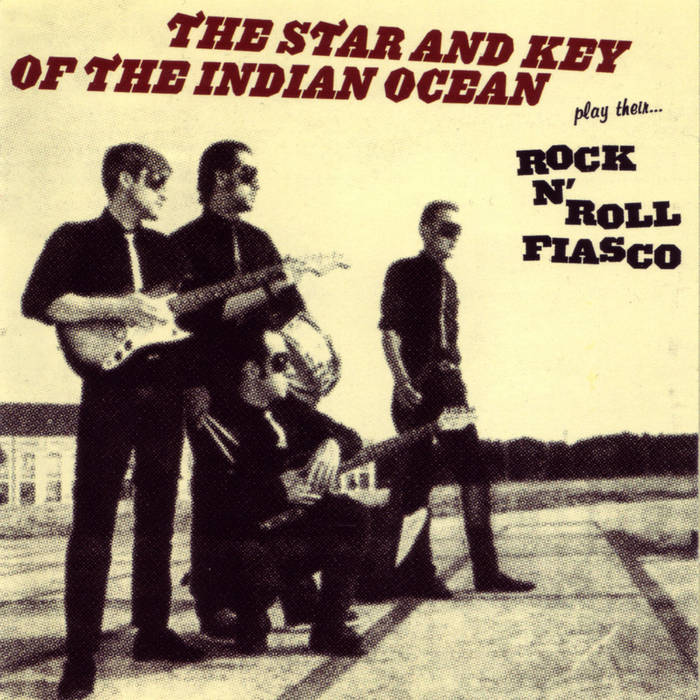 Kahuna Cole An oldie but a goodie!! Some nice solid instrumental tracks on this album. Some great tunes for a road trip in search of surf! Favorite track: Squad Bike.

Star and Key of the Indian Ocean is more than just an unusual name for a band. It's a sound borne of the deep throated rumble of the surf, with all the tribal energy and melody implied. Power, pleasure, and invention conspire with spies and bronze riders of the curl to create a fresh approach to the genre. This, their second release, also shows considerable growth and fuller sound. Worth seeking out. --- Phil Dirt, Reverb Central (US).

The Star And The Key Of Indian Ocean is new pearl of euro surf scene. They are coming from France and this is their 2nd CD. Influences of US 60s surf bands like Trashmen and Super Stocks are nicely mixed with precise and crystal clean exotic sound of 60s euro surf bands. You can feel the warmness of south seas breeze, sun, sea and summer - specially in song Thessaloniki. Beautiful guitars, fast rhythms, exotic melodies and here and there smell of burned rubber on warm asphalt - every song on this CD is killer. Just listen to 'Squad Bike', 'Surfari', 'Baut Les Mains', 'Mega Tsunami' ... My favorite is definitely beautiful and romantic 'French Kiss, Tahitii Love'. Great cover of 'The Crusher' (Novas) closes this cool CD. The Star And The Key Of Indian Ocean is not only instro band - they can also sing and pretty good, well in English with nice French accent that makes it sound more exotic. Anyway if you didn't have enough of this very hot summer 2003 - 'Rock'n'Roll Fiasco' is something you need! --- Vanya, No Brains zine (NL).

Franco-surfband The Star And Key Of The Indian Ocean are four guys in their mid-twenties, though not all are French as guitarist Davy Boy hails from that well-known American surfin' hotspot: Tennessee. Formed at the Nantes art school, this union of musicians with backgrounds in rock, pop, electronic and hard core music deliver '60s surf with 21st century dynamics. Their twin guitar arrangements incorporate all our favourite surf trademarks with damped picking, tremolo chords and plenty of drive. Their first album showed great promise and their second delivers, big time. It's become a summer fave here at Pipeline Towers and is sure to impress worldwide.” --- Alan Taylor, Pipeline magazine (UK).