by The Speakeasies' Swing Band! 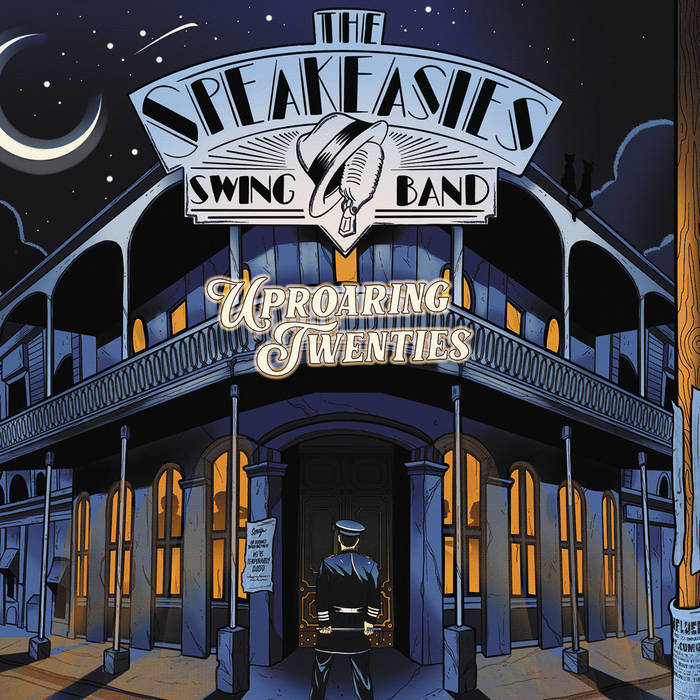 The Speakeasies Swing Band! are a Swing band born back in 2010 in Thessaloniki, Greece.

Since then, they have been touring all around the world and shared the stage with famous artists such as Parov Stelar, Ray Collins, Cherry Poppin Daddies, Hillbilly Moon Explosion. Among all, they’ve performed to special events, such as Hollywood’s star Jessica Chastain’s beautiful wedding.

They took part in many festivals, such as the Diga Diga Doo Festival in Bangkok, Thailand, Royal Jazz Fest in Bahrain, Hep Cat’s Holiday in Great Britain, Copenhagen Lindy Exchange in Denmark, Bansko International Jazz Festival in Bulgaria, Summer Jamboree in Italy and many more.

They released their first EP “Bathtub Gin” in 2012, alongside with the music videos “Bright Lights Late Nights”, and the International Songwriting Competition (ISC) award winning “Black Swamp Village”.
Three years later they are back with their debut full length album “Land of Plenty”, an album consisting of 10 songs in Swing, Jazz, Blues and Dixieland style.
In 2017 they participated in Athens & Epidaurus Festival with the theatrical performance “Homesickness Blues”, directed by Akillas Karazisis and arranged by Kostas Vomvolos.
In 2019 they have released the single “Walkin’ Away Blues” alongside with the music videos "Walkin' Away Blues" and "O Pasatempos".
The following year, in the middle of the pandemic lockdown of 2020 they released their second album “Uproaring Twenties”.
In Christmas 2021 they have released the 6 tracks EP “Doing Some Christmas Caroling”.

An absolute stellar effort by a band who have captured the sound of a bygone era perfectly. If you have ever watched a movie starring Fred Astaire and wanted to get up and start dancing yourself then this album is for you. A class act and are set for world domination. - - - Connections Radio Show - - - Land Of Plenty reviewed by Connections Radio Show.

With smooth arrangements and the vocal delights of Caterina Sisinni you are going to fall in love with this group. Close your eyes when listening to this and you could well imagine yourself in the Prohibition Era sitting in a speakeasy listening, drinking illegal alcohol, and smelling cigars whilst watching the singing siren on stage. - - - M. Dowden (Land Of Plenty reviewed by M. Dowden at @ Amazon.

The Speakeasies have that unique big band swing band sound of the early 1900's in the US, but, they still manage to maintain that originality and uniqueness that makes you want to repeat the song over and over. This is a band to keep in your sight as they will continue to grow and make wonderful music. I wish them the best of success. I also wish I had gotten one of the vinyl copies of the album here in the States. - - - Bathtub Gin reviewed by Pedro L. C. @ Amazon.