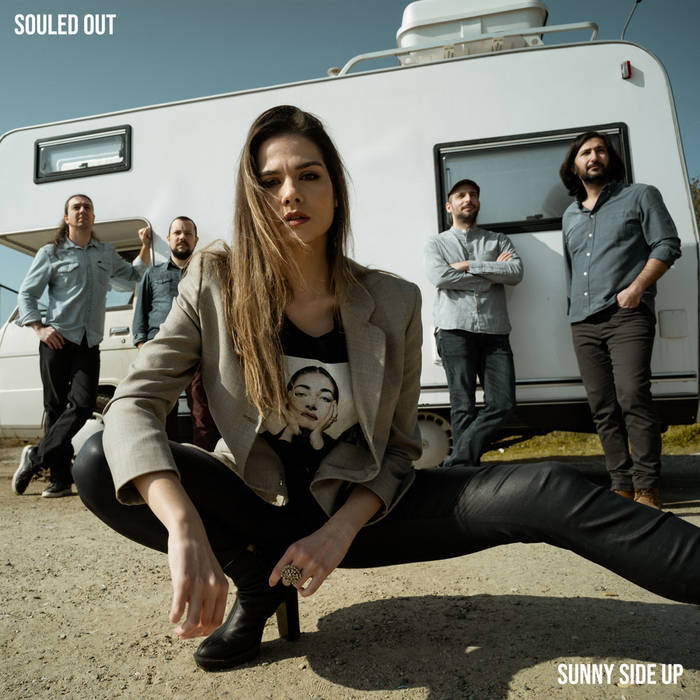 Music for the soul... classic and modern grooves with a fresh look...

Souled Out is a five-piece band from Thessaloniki that formed in 2013 with the purpose of exploring the sounds of soul/r’n’b music. The group consists of Alexandra Sieti (vocals), Tasos Korkovelos (keyboards), Paris Papadopoulos (guitar), Tasos Venetikidis (bass), Kostas Anagnostou (drums). Members of the band have collaborated with known Greek musicians, such as Dionisis Savopoulos, Koza Mostra, Monica Christodoulou, Largo.

The key feat of the band is its powerful live shows, where one can dance to the rhythms of old and new funk, soul, disco and r’n’b hit songs. The band has given hundreds of live shows so far, most prominent of which are at the 56th International Film Festival of Thessaloniki, In-Edit Festival, Bikes and Blues Festival of Kavala, Thessaloniki Beer Festival, Thessaloniki Street Food Festival, River Party Festival and many more. Now the band is fully active in the music scene of Thessaloniki and Athens, making regular appearances as a house band in various clubs and bars (Malt’n’Jazz, Gazarte, Faust Bar, Tiki Bar, etc). A very special moment in the group’s career is their trip to the Maldives where they performed live shows during New Year’s Eve festivities in 2019.

The band released their first single "Let Me In Your Heart" in December 2020, followed by two more singles, "Madness" in May 2021 and "Love School" in February 2022, which paved the way for their full length album release "Sunny Side Up" in March 2022.

Here in Athens Voice Radio 102,5 we absolutely love Souled Out and their frontwoman, Alexandra Sieti, whose voice displays all the colours of jazz, soul, funk and rock, following the path led by Joss Stone. The band comes from Thessaloniki and plays “sunny” soul music that lights up your day-with their songs written as if to be loved by radio stations. --- Giannis Nenes, Athens Voice

Alexandra Sieti possesses a rare voice with elements that remind us of the psychedelic era of the Summer of Love. If she had lived in 1969, she could very well have had enjoyed a standing ovation on the stage of the legendary Woodstock festival. Recently, she impressed everyone on the latest talent show “The Voice Of Greece”. Many compared her voice to Janis Joplin’s explosiveness and Amy Winehouse’s timbre. --- Manolis Ntaloukas, iEfimerida

They are young, they are talented and they are from Thessaloniki. Souled Out is the band that we most missed during the lockdown and we can’t wait to see them perform on stage again… the future is literally theirs… --- Nikos Gkagias, Parallaxi

Soul music in all of its styles and variations, is masterfully delivered during the band’s shows and jam sessions. Their frontwoman Alexandra Sieti with her stunning voice, along with Tasos Korkovelos (keyboards), Paris Papadopoulos (guitar), Tasos Venetikidis (bass) and Kostas Anagnostou (drums), decided, amidst the dystopian pandemic scenery, to imprint their creative compositions into their first full length LP, which is due to be released in 2021. --- Louiza Solomon-Panta, Popaganda

Souled Out is a band that plays contemporary soul. The voice is exactly where it needs to be, the low frequencies are right there with it, the keyboards and fx stand where they should (in the back of the mix), the trumpets are there, and “Madness” is the exact right song for the summer season. A huge YES from me. --- Epitropos, Avopolis