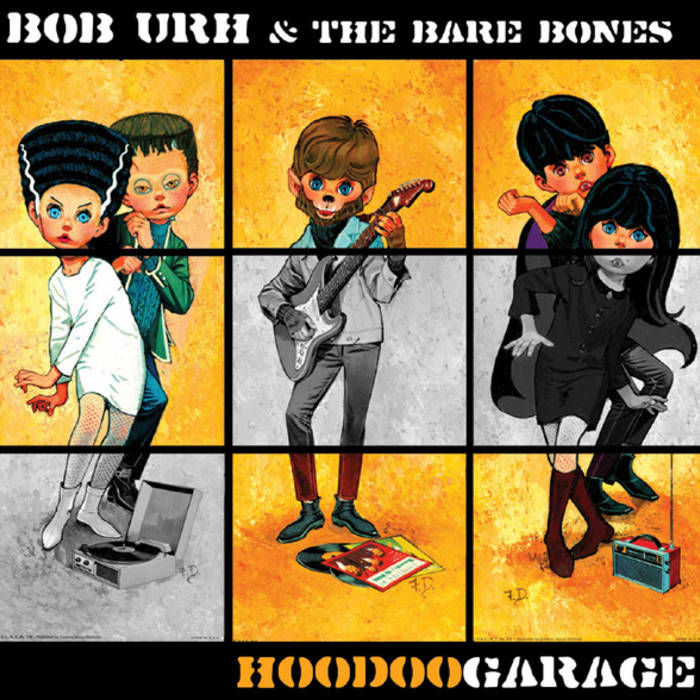 "Another name that springs to mind is Howe Gelb. Had he spent his childhood in a basement instead of a barn he’d probably sound just like Bob Urh. Or if Lux Interior had spent his formative years in the streets instead of home watching cartoons The Cramps might sound just like The Bare Bones (…) Somebody should send a copy of this to Jon Spencer. And Jack White too (…)". - - - EMDS Rockzine

"If the ghosts of Brian Jones and John Lee Hooker got together in their little corner of hell with a fifth of mash whiskey this is what it would sound like. Everything that exile on main street should have been. Raw, Shambolic juju-blues that rates with Sioux city pete in the psychodrama department." - - - Jeff Dahl, Carbon 14 magazine (USA)

"It's not easy to describe his style, it's some kind of weird mix between garage punk, americana with some Velvet Underground, psychobilly, Johnny Thunders, psych spices - psychotic semi-acoustic desert music (…) The world of Bob Urh is very strange - something between imagination, dreams and reality (…) If you can imagine Roky Erickson join Giant Sand with lot of booze and other means, you will know what I'm talking about". - - - No Brains zine (The Nederlands)

"This band plays stripped down, raw and crude blues punk (for a lack of a better term) with a garage vibe that calls both mid sixties electric blues and more post psych stuff." - - - The Trouble With Norma magazine (USA)

"Those of you with reasonably good recall may well remember us cooing over a 10 inch platter by Goggle A that’s currently getting a limited airing on the Green Cookie imprint, seems this garage surf twang loving label have just released a bit of a corker in the guise of an album by Bob Urh and the Bare Bones entitled ’hoodoo garage’. as an added bonus the set is available as a free download for today only – which if your reading this next week was alas 8th January 2014. We’ve had a quick earful of said set and suggest your missing a trick if you don’t take them up on their offer not least because ’pretending’ has a seriously smoked lo-fi aura as though a would be Simon Joyner was channelling some strangely woozy sonic reaction brought on by a collective mixing of Velvet Underground, mid 70’s Stones and Suicide types into a punch drunk lysergic love note that shuffles and stumbles sweetly as though fractured and left a little worse for wear having been refracted through the Bordellos viewfinder. Saying that we here are much smitten by the frayed sly strut blues rumble of ’graveyard shift’ which had us calling to mind an out of it Modern Lovers duelling with Television – don’t get any cooler than that pop kids." - - - The Sunday Experience (8 Jan 2014). marklosingtoday.wordpress.com/2014/01/08/bob-urh-and-the-bare-bones/