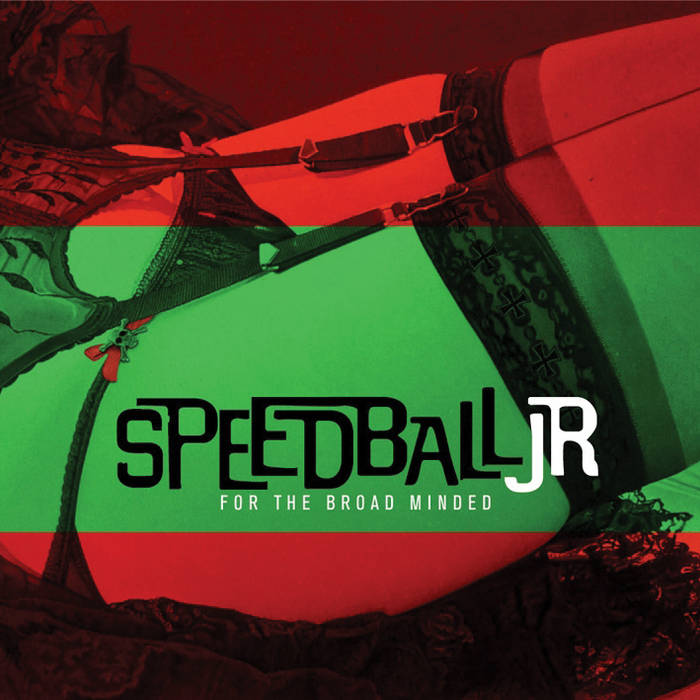 All songs written by Speedball Jr except : Laguna Beach by Treble Spankers, Scalped by Dick Dale, What A Way To Run A Railroad by Huevos Rancheros, Pipeline by The Chantays.

Speedball JR consists of Fre 74 and Scorchin' Sascha on guitar, Beatgirl AleXandra on Bass, Freaky Frank on drums, El Gonk on Hammond and Go Go Wednesday as gogo girl.
The band was formed in the summer of 2000 during Ghent’s (surfcity Belgium) famous surf explosion.
They originally played more traditional surf rock like Dick Dale, Bobby Fuller Four, The Chantays, Ghastly Ones, Surfaris, the Ventures, Lively Ones and Blue Hawaians. You can hear these influences on their first studio session which was recorded at the end of 2000 at Peter De Veire's The Yellow Tape studio.
Later on they developed a more trashy sound with more garage and sixties influences and started to write their own tunes. Some of which were even used for publicity clips and for soundtracks by a local cinema chain and a German hot rod magazine.
The high spot of 2001 for the band was when they did the support for British garage gods The Prisoners, but the band also gigged with a number of cool surf bands like Jon & The Nightriders, Slacktone, The Wangs among others, all the time they were honing their sound and finding their own place among these contemporaries.
The first full album "Whiplash" was recorded in 2003 at Zaman's Catfarm studio and was released by Drunkabilly Records. The sleeve design is a masterpiece of hotrod trashart by Mighty Sam the renowned graphic artist. This album also includes a video which was shown on the TMF, the Belgian MTV.
The second album "For The Broad Minded”, recorded 2006 at CCR and released by Green Cookie records is selling like hot! The album consists of seven self penned tracks some of which are already considered classics, and five covers from the dutch Treble Spankers, Huevos Rancheros, Dick Dale & The Chantays. The artwork, again, by the great Mighty Sam.
Speedball JR continue to Gig all over Europe, bringing their intense reverb soaked liveshow to festivals and venues near you! So put on your shrunken head necklace, steal your grannies ironing board and surf on down to a venue near YOU!!!