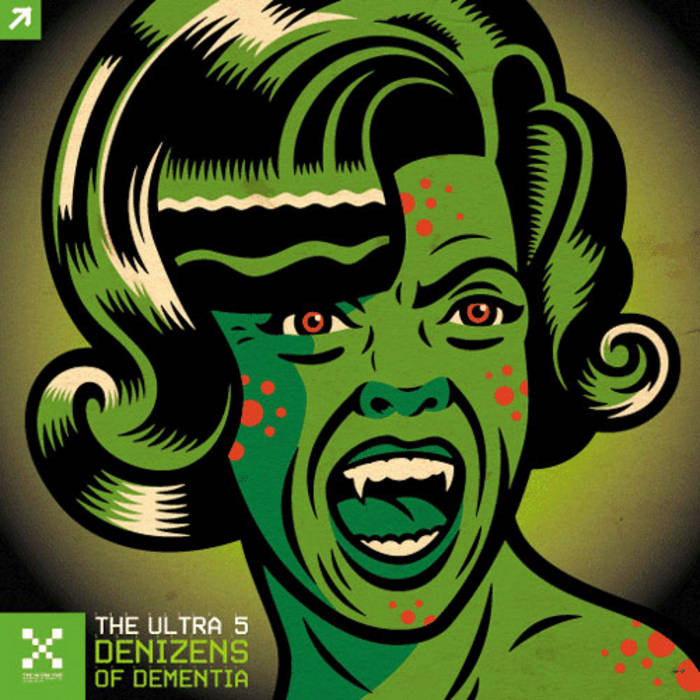 "The Ultra 5 are another New York band that ain't about to get stuck in that shagged out sixties rut. Their brew consists of five ingredients, that's three girls a guy and somethin' otherworldly that straps itself on soon as the other parts reach room temperature. The Ultra 5 are plugged direct into the mains of a lumbering fuzz drenched teenage monster that's intent on violating all that's in its path. Murkier than the mk1 Fuzztones, but somewhat related in the way that the jump started primordial ooze bonds to envelope its prey. The 5's first forty-five 'Its A Long Way Home' is already riveted to the hearts and what's left of the minds of the garage mafia throughout this monoxide-addled universe. There's a little somethin' extra in this here soup - that magic fifth ingredient that kicks the whole mess into touch and drags you screaming through the swamp." ― Lindsay Hutton, Next Big Thing magazine (March 1991)

This is how it all started. Now its been 12 years since we released a long player and 20 years since the band began, inspired by psych bands that released one single in 1967, plus all the usual ones like the Count V, Music Machine, Love, Chocolate Watch Band, Iron Butterfly, Steppenwolf, etc., etc., etc. Before and after releasing our first 45 on our own label we contributed tracks to numerous comps, soundtracks, and split 45's, including the "Bones Walk" single and a great ep on Zebra records called "Back In The Savage Garden" in 1996 as well as three long players: "Reincarnation" 1991, "House O Fun" 1992, and a live at Tutti Frutti LP on Moonking records titled "Dead Or Live" recorded and pressed in Mexico on psychedelic vinyl ― after one of three tours in our favorite place to play.

Now the ULTRA 5 have a large cult following, especially in Greece and Mexico, inspiring people to form bands like the Ultrasonicas, Los Magnificos and to cover ULTRA 5 tracks and our great new "Denizens Of Dementia" CD on Green Cookie records, with too many tracks to list and 2 video clips ― all digitally remastered with tons of unreleased pix ! It looks like maybe The Ultra 5 will rise again, all draped in leopard, to creep up on a stage near you! ― Ultra 5 Headquarters, 2004