by The Wave Chargers 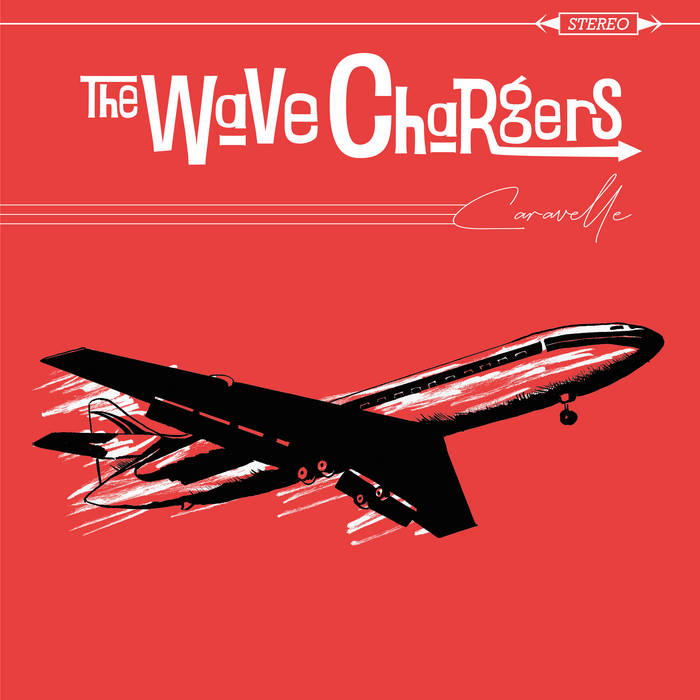 The Wave Chargers play surf music in a pure 60s tradition with lots of energy. French magazine Rock & Folk said, "they perpetuate the surf genre with a sound and attitude worthy of the early sixties Californian bands." Even though there's no waves in Paris, not even a slight lapping on the Seine river, watch out as the tsunami will come from The Wave Chargers' reverb drenched live shows and wash you away!

The Wave Chargers are four young people active in the Parisian underground since 2015.
Four musicians playing energetic and sexy surf music at the same time.
After two EPs and an LP ("The Wave Chargers" 2019) noticed by the public and the media (Rock & Folk, Rolling Stone, FIP, France 24, Radio 3-rtve) the group returns to what it knows how to do better: mainly surfing instrumental music (think Californian sixties bands), but this time also with an eye towards other geographical and cinematographic horizons.

These so-called horizons, they opened them up after the release of their first album. Too confined as they were to wait for the resumption of concerts, they took the opportunity to work as composers and session musicians for the needs of several catalog music. Surf, jazz, yé-yé, rock'n'roll projects, which regularly find their way to cinema or television ("L'Evènement" Golden Lion - Venice 2021, various Netflix series or films ("Emily In Paris” “Madame Claude”), France TV, Discovery Channel).

Additional experiences that allowed The Wave Chargers to show that they were not just an instrumental surf music group, but four talented musicians who can play what they want, and give a whole richness to this second album.

From the surf theme that makes you want to tap your feet all along, from winks to beach party movies from Annette Funicello and Frankie Avalon, passing through Hawaiian atmospheres, references to the Japanese Eleki, or a detour to the West and North African coasts, this Caravelle trip is a short world tour in less than 30 minutes.

The Wave Chargers are not just an instrumental surf band. They are four extremely talented musicians that can play anything they want. From Jazz to French Pop, from Exotica to Blues, from Rock to Rock ‘n’ Roll. All of us in the surf music community are blessed with their love for the original surf sixties sounds, which leads them to serve surf music and attend every modern surf venue.
Caravelle is not just another surf album. It’s all their music experiences engraved to 12’’ vinyl and cramped to 11 originals and 1 killer cover.
Caravelle is the epitome of classic surf, mixing with modern sounds and a mysterious travel from France to Spain, Italy, Greece, Middle East, Japan and California.
This is what surf music is….. simple, clear, classic and modern at the same time.


A1. Are you sure Caesar didn’t knew how to surf?
A2. Bikinis, Dudes, Cocktails and a Pool on the Surf Motel Party
A3. How We Love Japan!!!!
A4. Mystery, Travel, Melody
A5. Car, Convertible Only!, Listening to The Halibuts
A6. Caribbean, Ocean, Some Magic too.
B1. Killer cover. Sax is F@king Great!
B2. Middle East Moments, Baklava, Twist, Hanim and Belly Dance
B3. Surf, Surf, Surf
B4. Attrape Mon Leash.-
B5. How We Love Hawaii!!!!, Hey, let’s Dance.
B6. That’s the true Paris at Night.